JioMeet vs Zoom Which one is Better and Why Comparison Between JioMeet and Zoom App for Video Conferencing

In this article we will read about the comparison and differences between the  JioMeet and Zoom video conferencing app.

Focusing on the vocal for local as stated by honorable Prime Minister Shri Narendra Modi Ji. The owner of Reliance Jio Mukesh Ambani’s has launched a new Video Conferencing App JioMeet. This app is similar to American  Zoom app but there is  difference of some features between JioMeet and Zoom App.

Before going further we first understand What the JioMeet is?

JioMeet is a video conferencing app just like zoom which is recently launched on 2nd July 2020 in India by Reliance Jio. The use of Jio Meet is for video chat, online classes, online doctor consultation, meetings, webinars, seminars, and many more online activities.

Above all Jio Meet is completely free of cost  as of now.

JioMeet is not only targeting the regular Jio users but also it is targeting the companies as well. However, anyone can make their own JioMeet id just like Zoom by using their e-mail account.

Below are some key comparison of JioMeet and Zoom Firstly, Difference between the Time Limit

Zoom App:- Unlimited time limit is applicable for one to one session only and in case of Group Video Meeting from 3 people till 100 members  time limit is restricted for up to 40 minutes only and if you wish to continue the same after 40 minutes than you have to login again and connect everyone again which is again a time -consuming activity.

JioMeet: On the other hand JioMeet allows the group video meeting from 1 up to 100 members till 24 hrs without any interruption. This makes the JioMeet very handy for the professionals.

Zoom : For large meetings and flexibility paid zoom plans are also available for Small, Medium, and Large Enterprises. Zoom App has a min $14.99 paid plan for up to 9 hosts but if someone needs more hosts than they have to opt for costly plans. For the Big enterprises, Zoom allows up to 1000 members on a single video call.

JioMeet: On the other hand, JioMeet has not declared any paid plans as of now for Small, Big, and Large Enterprises.

Based on Experience and Available Platforms

Based on the experience and Platforms both are almost the same. Both Zoom and JioMeet are sharing a similar experience while doing video calls. Both the apps are available on IOS, Android, Windows, macOS & Web via respective stores.

However, JioMeet claims that it supports interoperability and it can be used on any old video device also. In JioMeet the video quality has been restricted to HD 720p and there is also an option to change the input camera as well. In JioMeet user can use the separate video camera also.

Is JioMeet is a clone of Zoom?

JioMeet may look like the clone of Zoom from outside but this is not true as it is having its own unique features. The Safe Driving Mode Feature of the App allows you to pause the ongoing conversation without any interference with the video session. The most important feature of JioMeet is that is end-to-end encrypted which means it is safe and this is a very important and safe feature that large enterprises always look upon.

JioMeet allows up to 5 Devices to log in at a time. 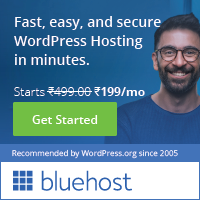